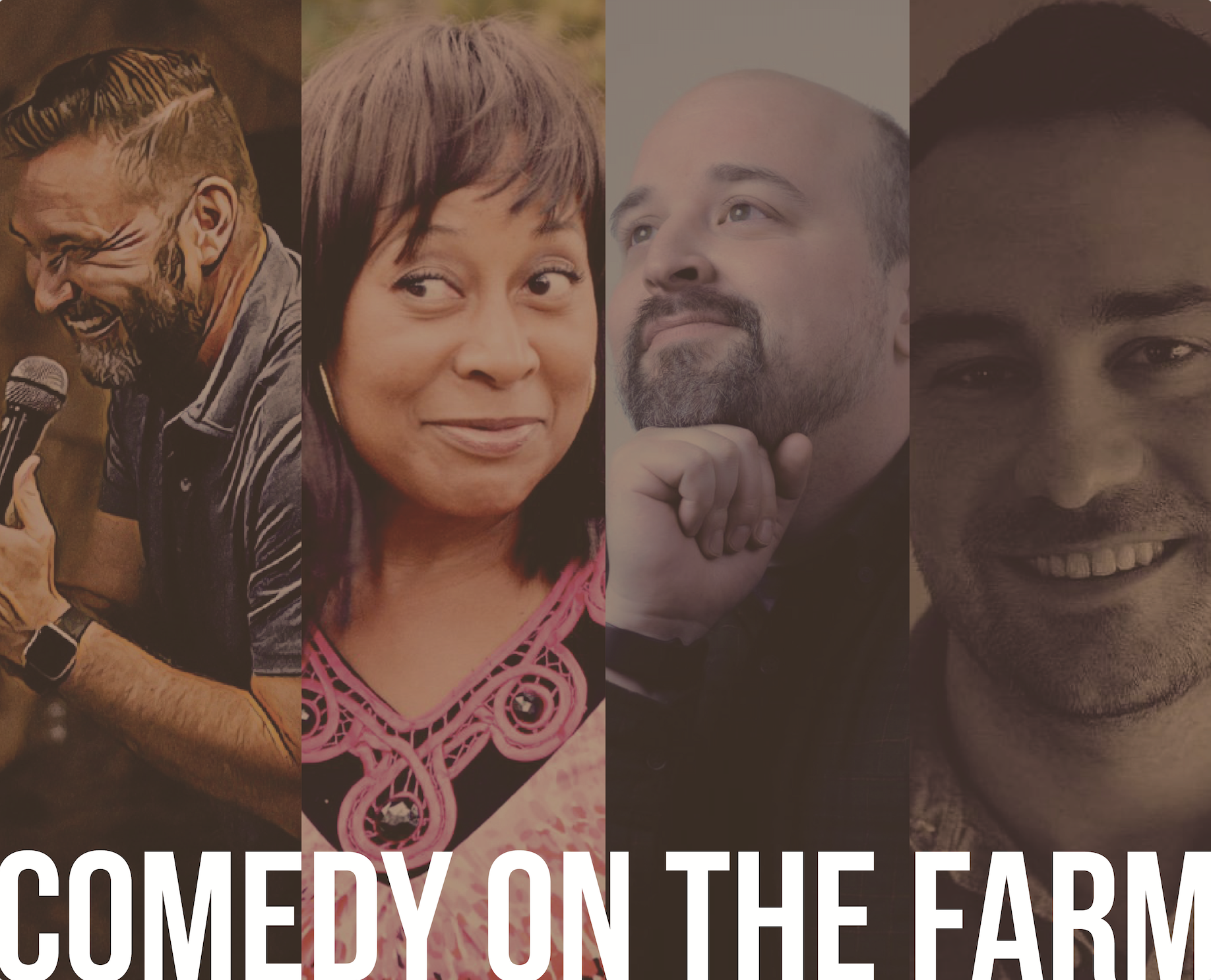 Comedy on the Farm

Join us for a night of laughs with comedians, Bill Bushart, Brandi Alexander, Nick Leydorf, and Jim Eliot. The show will take place on Saturday, June 25th from 8-9:30PM in the Prairie House. Food from Wesley’s Catering will be available from 6-7:45PM.

The food tickets must be purchased by 5PM on Wednesday, June 22nd.

Please note, we will not allow entry without a ticket after 7:30PM.

Grab your ticket and get ready to laugh with us!

Stay in the know

Enter your email to receive the latest news on upcoming events!